As Palmer’s 3rd birthday approaches, I thought I would share her 2nd Fall Harvest Birthday Party we threw for her last year!

At the time I was about 8 months pregnant with Lane, so I wanted to do a theme that wouldn’t take too much effort or abundance of time. We decided on a Pumpkin Fall Harvest theme.

We tried to set up as much as we could outside so everyone could have plenty of space, but about 20 minutes before party time, a huge rainstorm came through, but you make do.

For activities, we had pumpkin decorating with stickers set up, some pumpkin coloring sheets, while Charlie Brown’s Great Big Pumpkin movie played. With the rain, we had to move into the playroom so there was also a lot of fun had in the ball pit and play kitchen. Another big hit was the 4 way crawl through tunnel that my friend Sally gifted Palmer in addtion to a kid’s digitial camera; she had a blast!

For the kids we had mandarian oranges, apple slices, and cheese slices. For the adults we served chili with a toppings bar that included jalapeños, sour cream, green onions, cheese and cornbread. We also served the ever favorite Chickfila chicken nuggets.

For dessert, I made two cakes. One cake for Palmer to blow out candles and eat and the second for the guests. Both were butter recipe pound cake. Palmer’s topped with homemade cream cheese icing and the other with homemade caramel icing. Delish!

For favors we had the small decorated pumpkins, some candy corn filled pumpkins, and halloween stickers.

The decor is always the most fun to put up. I made a giant photo collage in the shape of the number 2 that was full of black and white pictures taken throughout the last year. I had done the same for her first birthday so it was fun to replicate it. It was cute how much Palmer enjoyed looking at each picture in it. I displayed her monthly milestone pictures from her first year on a wood beaded string that we actually use currently in the playroom for her artwork. I used fall colors where I could, and used classic pumpkin patch decor throughout, including a balloon arch at our entrance. I had also had two canvases printed from Easy Canvas Prints with Palmer on each that I wanted to put in our playroom anyways, so I used this opportunity to display them at the entrance for the party.

As with any kids birthday party you’re hosting, it seems as though 100 little things need to get done right be for arrival time, add on top of that relocating a lot of our decor after the weather change. I didn’t get quite as many detail shots as I would have hoped because of that, but we had the very best day celebrating our big girl and cant wait to do it again next month. I can’t believe our Palmer is about to turn 3!

Jenna is a Savannah artist who loves creating personalized items to enrich your wedding, event, or everyday life. Her focus is on handmade wedding, home and baby decor. She graduated from Ole Miss in 2011 with a degree in Hospitality Management and Business and married her husband Blake in 2013. Jenna also works part-time as a caregiver for her mother who suffers from dementia. JLeslie is a Christian-based business created in the summer of 2013 and Jenna has worked hard growing it ever since. 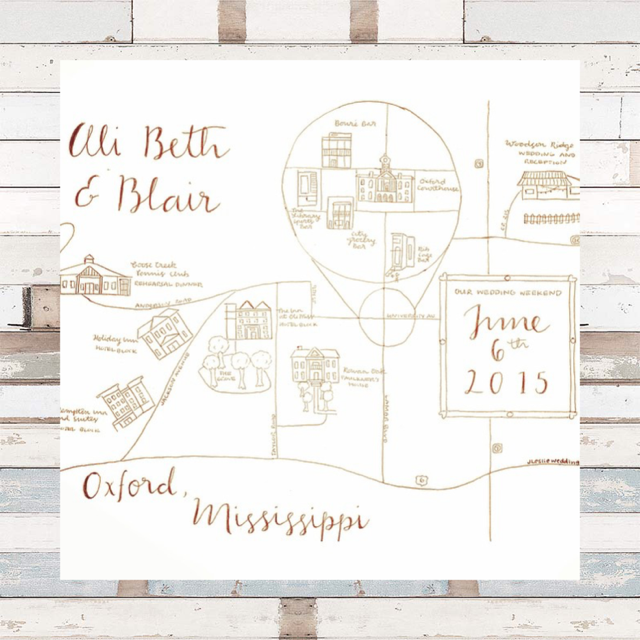